A script control can be used in your script to fire other cues for you.  If you click on the Play Cue button for a Script Control, it will fire whatever cue is selected as the Target in the Cue Editor.  This is very handy for Volunteer Mode as well, because it allows playing from the decks without the decks being visible.  The title text of the Script Control will tell you exactly what the control will be doing, so you know in your script what it's direction is.

Additionally, you can tell a script control to fire at a certain time.  This is called Scheduled Playing.  If the script is open and active, when the clock on your computer reaches the time set, then the Script Control will fire (and in turn fire the Target Cue).

The Script Control Target has a number of different options, all of which are explained below: 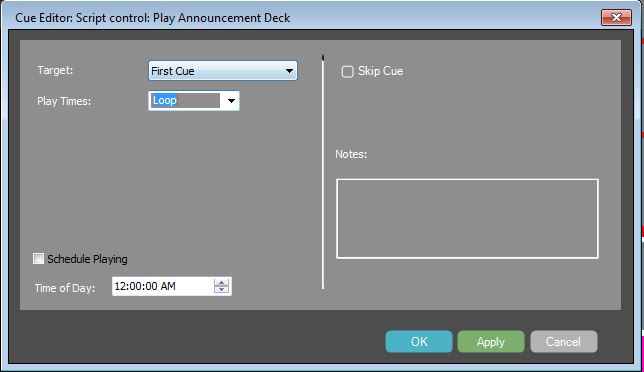 The Loop Function allows you to put a Script Control at the end of a series of cues and then set the target to be an earlier cue (like a set of announcements or pictures from a trip).  That way, as you advance through your cues (whether timed or manual), when you get the Script Control it will automatically put you back in the script where the Target Cue is.  It will continue to loop the cues between the Target Cue and the Script Control until you click on another cue outside of that section of cues.

Play Times not set to Loop 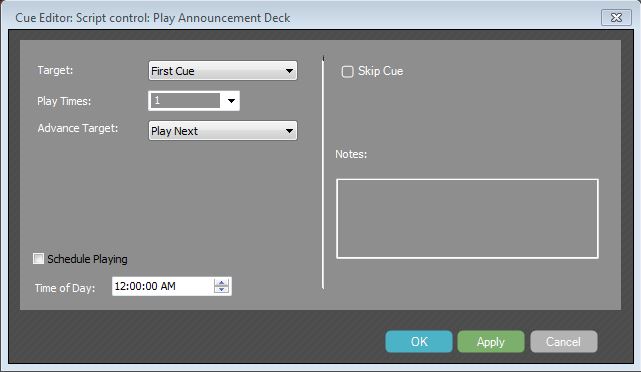 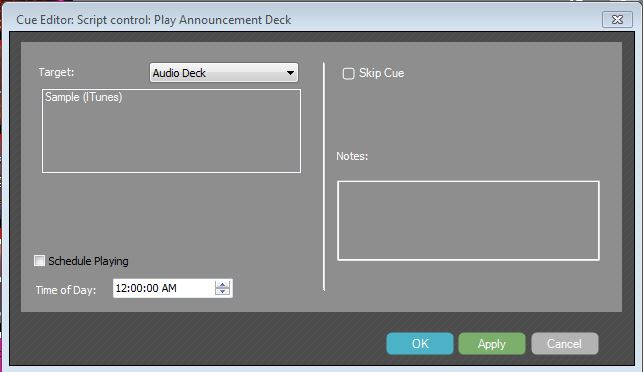 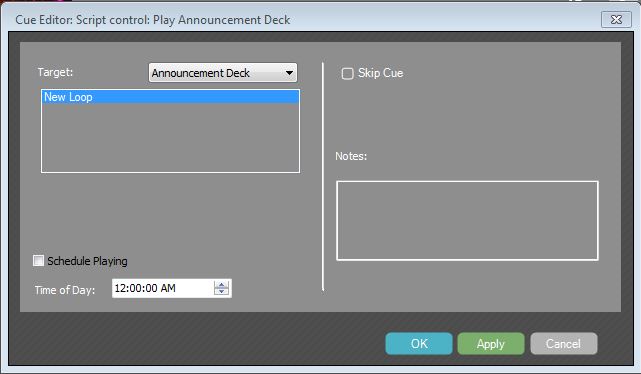 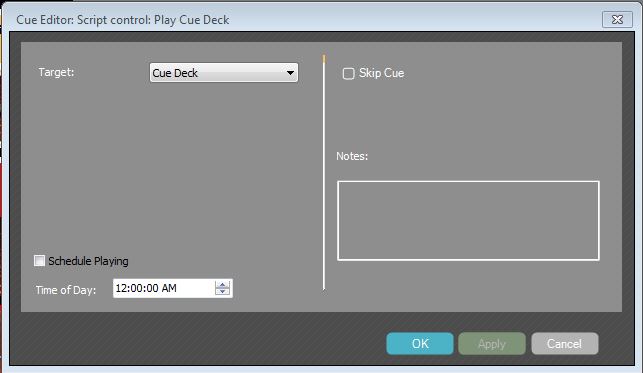 You can also use a Script Control to fire the first cue in your Cue Deck.  This will simply play that cue to your screen. 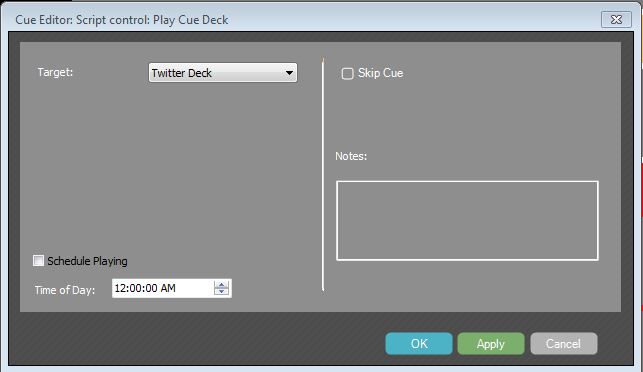